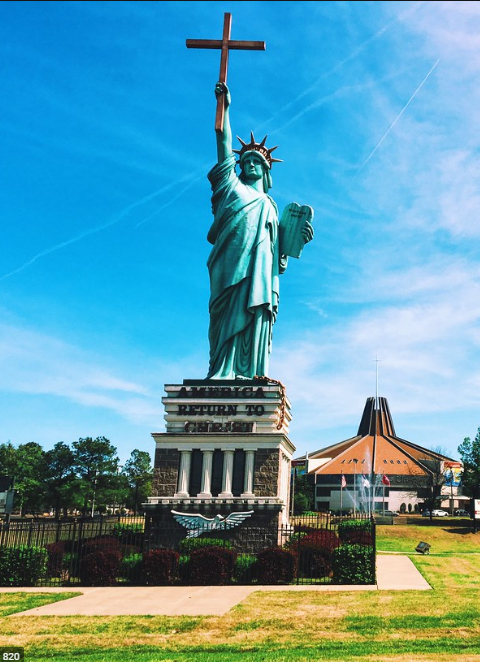 “Separation of church and state” is a misunderstood phrase. The idea was created in the 16th century to define the relationship between the government and the secular (non-religious) state. It gave churches the authority to do business without following all state laws.

The First Amendment Clause of the U.S. Constitution protects churches and other religious establishments from state laws. The Free Exercise Clause gives all U.S. citizens the right to practice their chosen religion.

In God We Trust

The nation’s official motto, “In God We Trust,” seems to work against the idea of the separation of church and state. The saying appears in the holy works of many religions. “In God We Trust” first appeared on U.S. coins in 1782. It made its debut on the one-dollar note in 1957.

The First Amendment of the U.S. Constitution does’t allow the word “God” in any law. Also, “God” should never appear in any government-run institution or on government-authorized materials. Therefore, the authorities are in direct violation of the Constitution by robbing the masses of the right of exposure to religious ideas and beliefs.

Divisive Factor or Not?

Today, the motto has spread through all parts of society. It’s engraved on public buildings like schools and libraries. Critics say that the government violates the Constitution by placing the phrase on money and public buildings. They’re against applying such sayings to what is supposed to be a godless government, as Anne Nicol Gaylor, the former president of the Freedom from Religion Foundation wrote in a 1994 Freethought Today article.

In 1988 Jon G. Murray, a former President of the American Atheists Association, told a Congressional subcommittee that by allowing the phrase to be printed on notes and coins, the U.S. government supports a monotheistic (a single god) religion. Murray said that the statement splits Americans into religious and non-religious groups. He asked the subcommittee to add symbolism that unites all Americans.

In Jesus We Trust

Michael Newdow declared the phrase a fraud. He wondered if “In Jesus We Trust” would be next. The motto’s supporters says the phrase isn’t connected to religion. They says it’s a ceremonial and patriotic concept meant to foster unity in the U.S. population.

The idea of separation of church and state is both a fictional concept and a relative fact that is enshrined in the U.S. Constitution. Despite “In God We Trust,” America remains a protector of the religious freedoms given to all its citizens. It seems like the U.S. government is in violation of the rights and freedoms guaranteed by the First Amendment. But upon closer inspection, one realizes that isn’t the case. Most people and local government agencies support the philosophy for patriotic purposes. Sometimes they do it out of ignorance.