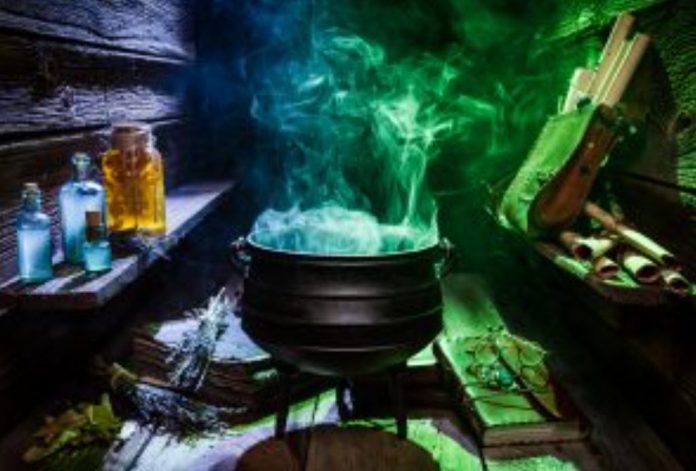 We all know the stereotypical depiction of witchcraft, which has been standardized to the point that this refrain from Macbeth (often misquoted as “bubble, bubble, toil and trouble”) is well-known to be associated with it – but is this how witchcraft really works? Most modern-day witches would tell you “no,” though for some, the potion-making part of the stereotype has simply been exaggerated. Here are some facts about how modern, or “real,” witches work.

The first thing to know is that even though witchery is not a giant, established religion, there are indeed some religions that have it as their center. Most prominent among these is likely Wicca, whose practitioners call themselves witches and warlocks. However, as with anything else that has to do with belief systems, there are many variants – and some practitioners aren’t part of any group at all.

Next, keep in mind that the disunified nature of witchcraft means that there are seemingly infinite ways to practice it. Yet, there are some groups, such as Wiccans, who have a louder voice due to their larger numbers. This often gives a skewed impression of what witchcraft is about. A wider look will give a better idea of the possibilities.

Wiccans and many other well-known groups will typically promote goodness and the right-hand path, whether because they believe it or for PR purposes. Healing, defense, and other such goals are publicly stated.

Meanwhile, others will boast on forums of being on the left-hand path. They specialize in curses, causing decay, and similar things.

Witchcraft of either type is a form of magic, but not all magical practitioners use methods that would be considered witchery in the modern sense. A witch will often have an altar, use specific herbs, and often has a special dagger as part of her or his regalia. Of course, they cast spells.

However, potions, specifically, often are not involved. Instead, herbs and candles are often burned as part of a spell-casting ceremony. In some cases, herbs or oils are rubbed onto the candle, and then the candle is burned.

This is just one way that modern witchcraft may be performed. There are seemingly infinite variations, and entire books have been written on the subject. Another issue is that “witchcraft” is defined differently by different people. A Wiccan has a very precise definition of it, while some evangelical Christians might lump all forms of magical or occult practices under the same term – and consider them all evil, whether right-hand or left.

Do any witches really stand over a cauldron and say, “double, double, toil and trouble?” Some occasionally do indeed use cauldrons, but quoting Macbeth is quite unlikely.