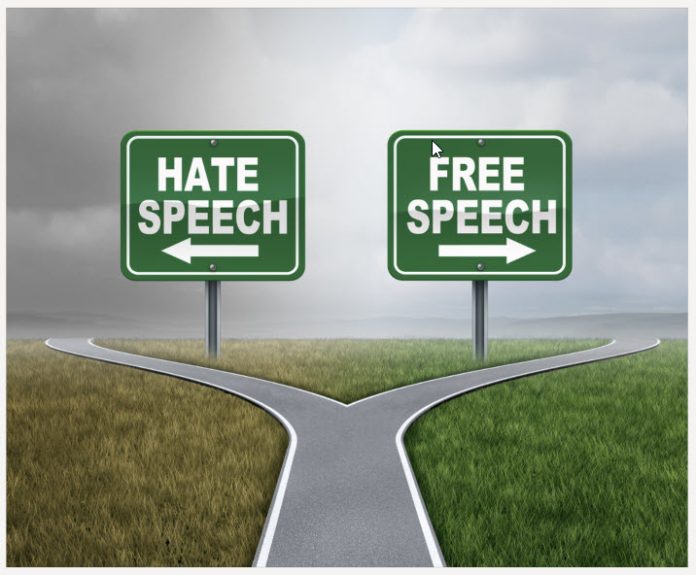 Are there limits to free speech in a civil society and if those limits are crossed, what law is actually broken?

Free speech is of great importance in any civilized society. Citizens can make use of it to air their problems and other concerns to the government. However, it is important to note that freedom goes hand in hand with responsibility. There are instances where free speech may get limited. For example, in a case where an individual abuses free speech to spread hate and animosity.

However, if you’re a victim of a hate speech, is a federal law actually broken and, if so, can someone sue civilly if they feel they are a victim of such speech? I posed that exact question to an attorney and was told it would depend on the contents and the repercussions of the speech but no law would be broken. The first amendment that grants freedom of speech and expression extends its protection to even speeches that spread hate and animosity, often termed as hate speeches. There is no federal law that makes it an offence to give hate speech. Over a period of time, the American courts have argued that the first amendment is meant to protect all sorts of speeches, regardless of who they are directed at and how distasteful they might be. Recently, in Matal v. Tam, 582 U.S. ___ (2017), the US Supreme Court reaffirmed that no exception can be made to the first amendment, even in case of a hate speech.
Although a person cannot sue the person who gave the hate speech for giving such speech per se, however he can be sued in civil law for the tort of defamation if what has been said in the speech is false and has caused damage to the victim. More so, if any personal injury or damage has been caused to the victim as a direct result of such hate speech, even then the person can be sued.