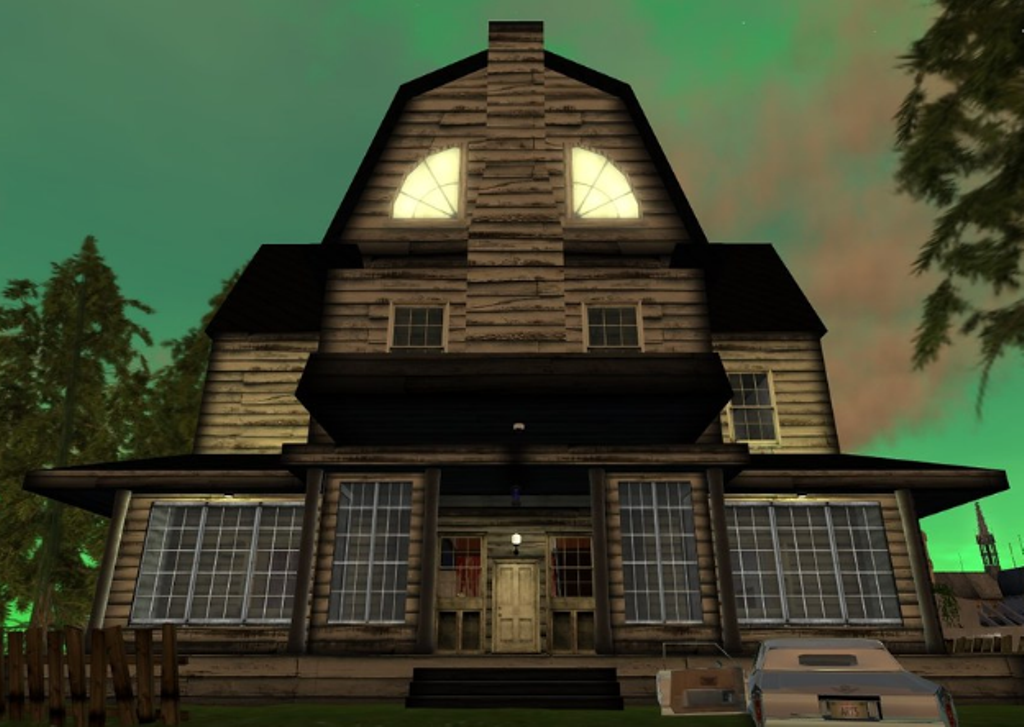 Long before the Colonial window panes swarmed with flies and the first chorus of disembodied voices warned the many residents at 112 Oceanview Drive of impending doom, terror mixed with torment was the norm behind the walls of the now infamous house of horrors in Amityville, New York.  For nearly a decade the DeFeo family occupied the beautifully renovated home, complete with swimming pool and stunning landscape.  All signs pointed towards prosperity in growing a houseful of children and leading a happy life. From the outside, it seemed the  DeFeo’s were living the American dream, nothing, however, could be further from the truth.

Ronald Sr. was a man that spoke to his wife and five children with his fists, particularly so to his firstborn son Ronald Jr. who grew to resent his father. Abuse at home coupled with bullying in the schoolyard broke Ron Jr. to a point of no return leading him down a path riddled with drug use and violent outbursts of his own.  Despite his parents’ attempts to intervene, Ron Jr. grew increasingly closer to the evil enticements that promoted his demise. In the early morning hours of November 14, 1974 Ron Jr. employed his weapon of choice, a .35 caliber Marlin rifle, and began a fifteen-minute killing spree winding through the family home where he methodically slaughtered his parents and four younger siblings at point-blank range.

It wasn’t until much later in the day that Ron stopped into Henry’s Bar crying for help after “discovering” the bodies of his parents.  By this time, he had bathed away crime scene fluids, stashed his bloody clothing and discarded the Marlin before attending a full day’s work.  Patrons of the bar followed Ron back to the scene of the crime and encountered the grisly and horrifying truth. Every member of the DeFeo family was dead.

Transparency around the details of the crime will likely never happen as Ron has revised his recall of the events over time.  Suffolk County investigators were subject to multiple versions of the truth with a few consistent facts.  Each family member was shot in the comfort of their own bed, still in their night clothes, and all were found lying on their stomachs.  Perhaps Ron couldn’t bear to look at each of his victims as he pulled the trigger over and over. The only thing we know for sure is that the truth may never really be told.

Claiming self-defense in a case of it was me or them, Ron eventually explained himself as reacting to voices in the home he apparently heard plotting his demise.  A jury of his peers rejected the “voices made me do it” defense and Ron was sentenced to six consecutive life terms in December 1975.

Ronald Jr. has remained New York Department of Corrections inmate number 75A4053 for the past 43 years. It is possible that as soon as July 2019, DeFeo could find himself a free man should the New York Parole Board deem him ready. Previous parole boards have found DeFeo to have “gained little insight into his violent and antisocial behavior with an ongoing disregard for human life.”

In a world with regular violent headlines gracing the media each day, we know killers walk among us. Some we readily identify, and others invade our space like smoke. While Hollywood is likely poised for the next chapter in the DeFeo saga, we can only hope the voices from the past continue to be heard loud and clear, keeping Ron under lock and key and Hollywood waiting for the next chapter just a bit longer.